Discover the beautiful south of Mauritius, featuring so many elements of touristic interests. This tour offers you to discover and explore the beautiful south of Mauritius, and visit several of the main sights and places of interest of the Southern region of Mauritius. On this private tour, you will get to enjoy a lovely drive in a hired vehicle with friendly drivers. You will be picked up from your place of accommodation and dropped back after the tour is over.

Spend the day exploring some of the most unique and breathtaking places on the South region of the island.

This tour features attractions allying great scenic locations and fun for adults and kids. During this tour, you will visit Casela Park and then head to the famous Seven Colored Earths in Chamare, two of the main attractions of the paradise island. Also as part of this journey, you will visit the Curious Corner museum where you can explore wacky exhibits and capture fun photo illusions. Later on you will end the trip with a delicious lunch at the Varangue sur Morne restaurant. 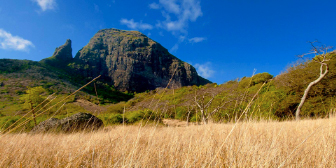 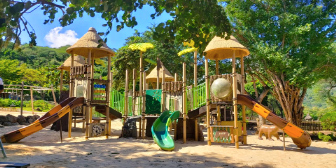 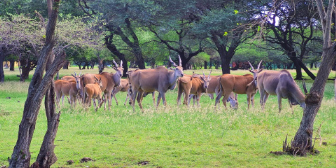 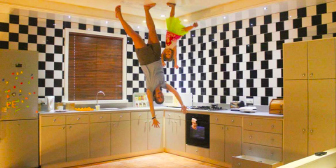 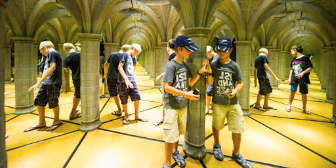 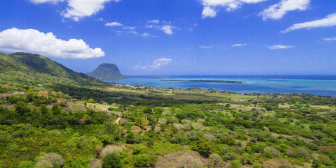 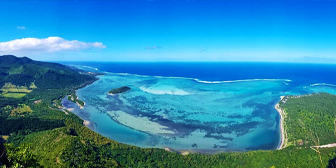 As part of the trip, you will enjoy:

The Leisure Parks & Fun Tour in the South of Mauritius includes:

Your Hotel / Place of accommodation anywhere in Mauritius

Start & End times:
(Upon request it is possible to start or finish the tour in a different time)
Full Description

Visit to the Casela Nature Parks – World of Adventures.

The park includes several thematic worlds, as well as a hub for discovery and learning.

Discover the UNESCO World Heritage Site, Le Morne, a rugged mountain that juts into the Indian Ocean at the southwest of Mauritius. It was used as a shelter by runaway slaves and maroons, through the 18th and early years of the 19th centuries.

Protected by the mountain’s isolated and almost inaccessible cliffs, the escaped slaves formed small settlements in the caves and on the summit of Le Morne. The oral traditions associated with the maroons have made Le Morne a symbol of the slaves’ fight for freedom, their suffering, and their sacrifice, all of which have relevance to the countries from which the slaves came - the African mainland, Madagascar, India, and South-east Asia.

About 500 metres off the coast at La Gaulette (South West of Mauritius) is l'ile aux Bénitiers. It is a large coral sand island approximately two kilometres long and 500 metres at its widest point and 65 hectares in area.

The island itself has very little biodiversity value since it has a highly modified vegetative cover and is used as a coconut plantation.

The village of Chamarel in southwest Mauritius is home to two natural wonders - the magnificent Chamarel waterfall and the seven-coloured earth of Chamarel. It has a population of 700 and was named after the Frenchman Charles Antoine de Chazal de Chamarel, who lived in the area around 1800.

The seven-coloured earth is one of the incredible wonders of Mauritius and is considered one of the must-see places on the island. The seven-coloured earth is a natural phenomenon and a prominent tourist attraction. The colours evolved through conversion of basaltic lava to clay minerals. It is a relatively small area of sand dunes comprising sand of seven distinct colours (approximately red, brown, violet, green, blue, purple and yellow).

Known as the highest waterfalls of Mauritius, the Chamarel Waterfalls has a height of about 100 meters (almost the same height as the Statue of Liberty) cascading down against a scenic backdrop of luxuriant forests and mountains which is simply breath-taking.

You will find exposed volcanic rocks dating back to some 8-10 million years ago, thus representing some of the oldest lava rocks of Mauritius. The waterfall is formed by three distinct streams of water sourcing from the River Saint Denis which is nearby the village Cachette, Cascade Chamarel and La Crete.

The Curious Corner of Chamarel

Curious Corner as the name states is for those of us who like snooping around and have an ever-probing mind, as we all naturally are. It is a fascinating, fun and social excursion into the wonderful world of optical illusions, which will leave you quite literally, not believing your eyes! Some of the attractions at Curious Corner are guaranteed to give your mind a wobble.

Located just opposite the 7-coloured earth entrance in the Chamarel village on the west of the island, with an impounding façade, on a winding hilly road, it is a house filled with a variety of astounding delusional fantasies.

Constructed passionately by a team of thrilling professionals, with the main aim to surprise their visitors, curious minds with mythical thoughts. Curious Corner is surely out to surprise you in every sense of the way, with just under 40 exhibits set over the 5,000sq meters.

As part of this tour, you will be offered a delicious lunch and a unique dining experience at the beautiful Varangue sur Morne restaurant which is nestled high up in the Black River mountains. The view of the south-west coast, from Le Morne to Black River is unsurpassable in beauty as it stretches from dense forests, the haven of monkeys, wild deer and varied birds, amongst others - to the shimmering turquoise and blues of the Indian Ocean.

The Varangue sur Morne restaurant will surely offer you a unique dining experience against a spectacular backdrop.

The Transportation prices are Per Vehicle (and not per person). You can choose the vehicle type according to the number of passengers in your group.

The above transportation prices are per vehicle and not per person.

Entry Tickets Packages (includes entry tickets to all the sights as part of this tour):

NOTE: This tour is under time limitation as per the times mentioned on this page / booking voucher, in case of additional hours beyond the agreed tour times, there will be an additional fee of 15 Euro payable directly to the driver on the day of your tour.

Total Tour Price Per Person including Transport and Entry Tickets for all sights as part of the tour: